The season for harvesting winter truffles in Australia is drawing to a close. Reading a recent article on the luxurious tubers in Gourmet Traveller reminded me of an opinion piece on the topic I read, and translated, a while back. Looking at it again now, “opinion piece” is a perfect description … opinionated would perhaps be even more accurate! Let me tell you a little more about its author. And you can judge his opinions on the matter for yourself!

A number of years ago now, I found myself pottering in one of those hole-in-the-wall shops on the Left Bank in Paris, this one specialising in culinary books of all shapes, sizes and languages. I was needing no excuse to supplement my already excessive cook-book and all-things-culinary habit, when my eye fell on a delicious little volume, published as part of French publishing house, Mercure de France’s “Le petit Mercure” collection. No doubt drawing on the same consumer compulsion which has driven the publication of attractive, slim-line editions of favourite classics – think Penguin Classic’s Great Food collection - these little jewels of books cry out to be bought. Initially attracted to one bearing the more well-known name of Antonin Carême –king of all things sugary and buttery - it was another, bearing the name Almanach des gourmands, that next caught my eye.

“Tell me what you eat; I will tell you what you are.” Anyone with a passing interest in culinary history will be familiar with the name of the author of this perky aphorism, nineteenth century gastronome, Jean-Anthelme Brillat-Savarin. His Physiology of Taste is a seminal work found on the bookshelves of many a discerning gourmand. Fewer people know that Brillat-Savarin was building on a body of work compiled by the even more indulgently named, Alexandre-Balthazar-Laurent Grimod de la Reynière, author of the Almanach des gourmands and the man who has been described as “the sole founding father of gastronomy”.

Grimod de la Reynière has been largely overlooked in the annals of culinary history - too many notes in his name, perhaps – and it’s a huge shame. Much of his writing still feels fresh and his opinionated insistence on provenance and quality certainly still resonates.

Writing in the early nineteenth century, Grimod was witness to a time of sweeping change in French society. These changes were reflected on the dinner plate. The bourgeoisie was keen to adopt the eating habits of the ousted aristocracy and these new habits were, in turn, providing new opportunities not only for chefs in the burgeoning restaurant scene, but also for purveyors, growers and producers.

Grimod responded to the spirit of the times. He cultivated an environment which celebrated the pleasures of good food and wine with a flamboyant sense of theatre and a finely honed sense of the importance of good publicity - fundamental elements, still, of any modern dining experience.

He established an exclusive gastronomic club and held renowned dinners often attended by a “degustation jury” or tasting panel. These dinners often provided the material for his writings in the Almanach des gourmands, in which he styled himself as the world’s first gastro-journalist.

The Almanach was in many ways a nineteenth century Good Food guide. Yet it was so much more, its emphasis changing over the eight volumes published between 1803 and 1812. In one volume he describes a “Gourmand’s Walk in Paris”, where purveyors are listed geographically. In another, he categorises suppliers according to their products. In one article he expounds, Shannon Lush-style, on the virtues of a particular product capable of removing disagreeable spots which have appeared on your clothes during a meal. In another, he complains of the unfortunate trend towards meagre wedding festivities.

But the writing which is still the most engaging, even against the backdrop of our current tastes and sensibilities, are his opinion pieces on such significant gastronomic necessities as where to source the best quality butter, or how to open oysters. For modern readers, it doesn’t really matter that the butter in question is from Isigny in France – in fact, I can still buy Isigny butter from my local fine food store, The Larder here in Sydney’s Dulwich Hill - or the oysters from Dieppe. It is the enthusiasm and wit which punctuates Grimod’s preoccupation with the importance of provenance that continues to engage us, reflecting as it does, our continuing modern-day obsession with source and suppliers.

His writings are certainly slick with an elegant Parisian chauvinism. But his opinionated style is refreshing rather than offensive. It does matter, he says, which truffles you use and how you store them. And he is most happy to provide advice as to where you should go for the best eggs. As for sardines, they are best consumed on the open sea, in the fisherman’s boat!

Doubtless, Brillat-Savarin’s aphorisms caught the attention of a wider public. But the foundations of so many of those sayings first appeared in Grimod’s writings. And while some say Brillat-Savarin’s catch-phrases are more pithily expressed … “One becomes a cook, but one is born a roaster” certainly has a more elegant ring to Grimod’s “The art of roasting meats precisely is one of the most difficult in the world, where one finds a thousand good cooks, for every perfect roaster”… I think I prefer the sentiment of Grimod’s “A great dinner without hors d’oeuvres is as valueless as a woman without rouge” to Brillat-Savarin’s “A dessert without cheese is like a beautiful woman missing an eye”.

In translation, I think Grimod de la Reynière’s writings from his Almanach des gourmands are as entertaining as they were two hundred years ago. They are certainly still resonant in the way they feed our enduring hunger for culinary journalism and gourmet adventuring.

And so, in honour of our own Australian truffle season (I can almost sniff Grimod’s disapproval from his grave …) here’s a snippet of his musings on that delicious black gold if you’ve time to read on!

Truffles are one of the greatest godsends that Providence, in its immeasurable bounty, has ever deigned to bestow upon food lovers. This tuber, which is neither vegetable nor fruit, is one of the most noble ingredients of haute cuisine, by virtue of the incomparable flavour it lends to the meat or vegetable dishes to which it may be added. On its own, it is the most luxurious of dishes, and for four months of the year, the dish of choice of the most distinguished gourmets and the prettiest actresses of the Vaudeville theatre (enough said).

They are found in abundance in Italy but these, generally speaking, are white truffles. Truffles from Turin are notable for their distinct aroma of garlic, which is unbearable in a truffle to all but the Piedmontese.

Burgundy, Champagne and Germany, to name but a few, also produce truffles, but in small quantities only, and of such poor quality and so little taste that it would be bestowing too great an honour to even call them by that name.

Here is not the place to comment upon the signs by which one may recognise an area harbouring truffles; suffice to say that pigs are normally used to detect them. Such is the heightened sense of smell of these animals which are already so beloved by gourmands, that they are renowned as the best explorers. We should thus prostrate ourselves before the true inventive genius of these precious friends of mankind, and at least do them the justice of considering them no less useful alive than dead. For without them, truffles would rot, undiscovered, below the earth, providing nourishment merely for worms and flies, instead of for our most illustrious gourmands.

We know of three main truffle varieties: white, red and black. The first is the least well regarded, the second is the most rare and the third is without doubt the best. In fact, it is the only one which is allowed to make its way onto our tables.

Fully matured truffles are difficult to store. Indeed they should only be harvested when they are fully mature as only then do they reach their optimum aroma and taste. They are best preserved by leaving them in their natural coating of earth, rather than by washing them. So we should not complain at having to pay five or six francs a pound for Perigord earth when buying truffles, for it is that very earth which keeps them well-perfumed and in good condition.

Truffles are best eaten fresh, when in season. Those which have been preserved, either in sand, or in oil, vinegar or eau-de-vie, completely lose their aroma and their flavour to these various substances, becoming entirely odourless. And so it is for dried truffles also.

Rather a peculiar attribute of the aroma of truffles, … is that it aids in the preservation of meats. A turkey or any other type of poultry may be kept fresh for more than a month and a half if stuffed with truffles, where otherwise, it would go off in less than a week.

Truffle perfume is so subtle that a little goes a long way. A pound of this vegetable matter is enough to make an expansive area fragrant with its scent, and yet it will dissipate if subjected to too much heat. So the best chefs are careful not to let the various stews to which they have added truffles boil for too long.

Truffles gently warm the soul, assist in digestion and are an excellent aphrodisiac. They are simply the most distinguished of dishes which opulence can offer up to sensuality.

Want to read more on the topic?

A new translation! Hélène Gaudy's remarkable "A World with No Shore"

Publication Day for The Rome Zoo 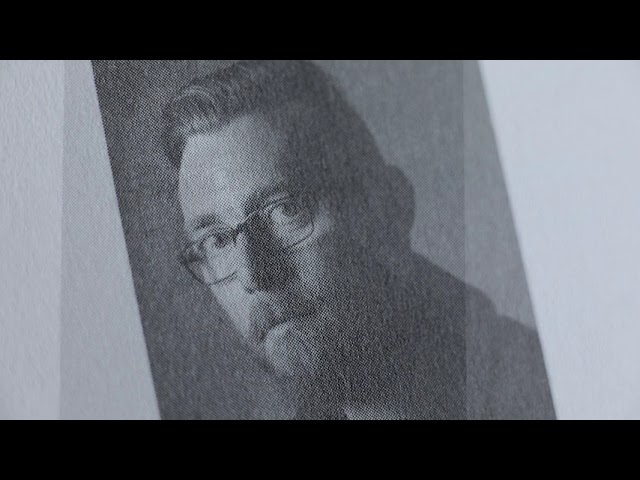 Launch Event: 'On the Line' by Joseph Ponthus

On the Line: Notes from a factory by Joseph Ponthus

A new translation! Hélène Gaudy's remarkable "A World with No Shore"

Publication Day for The Rome Zoo

Launch Event: 'On the Line' by Joseph Ponthus

On the Line: Notes from a factory by Joseph Ponthus